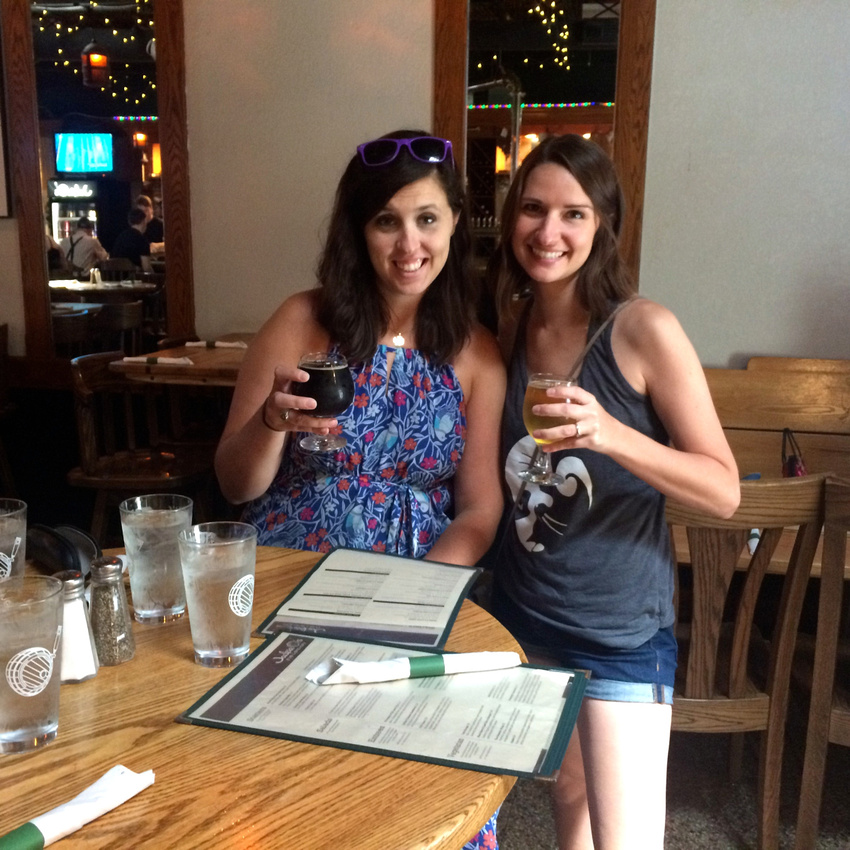 So I left off with us eating and drinking at the Milford Street Eats Festival.  I had done a quick check on the location of the hotel, trying to gauge when we needed to leave.  Day 3 was going to take us a bit out of the way, and we needed our beauty sleep.  But, it turns out Centerville, OH and Circleville, OH are two different places, of course, and I realized my mistake as, one by one, we all put the exact address of the hotel into our phones and discovered, oh my, we were 1 1/2 hours away from our next stop.  At this point it was too late to cancel the hotel (and precisely why I travel in my trusty Roadtrek as you just pull over where you are and there you are for the night).  A quick stop at a local truck stop took care of snacks, and we continued on, Magical Mystery Tour intact. 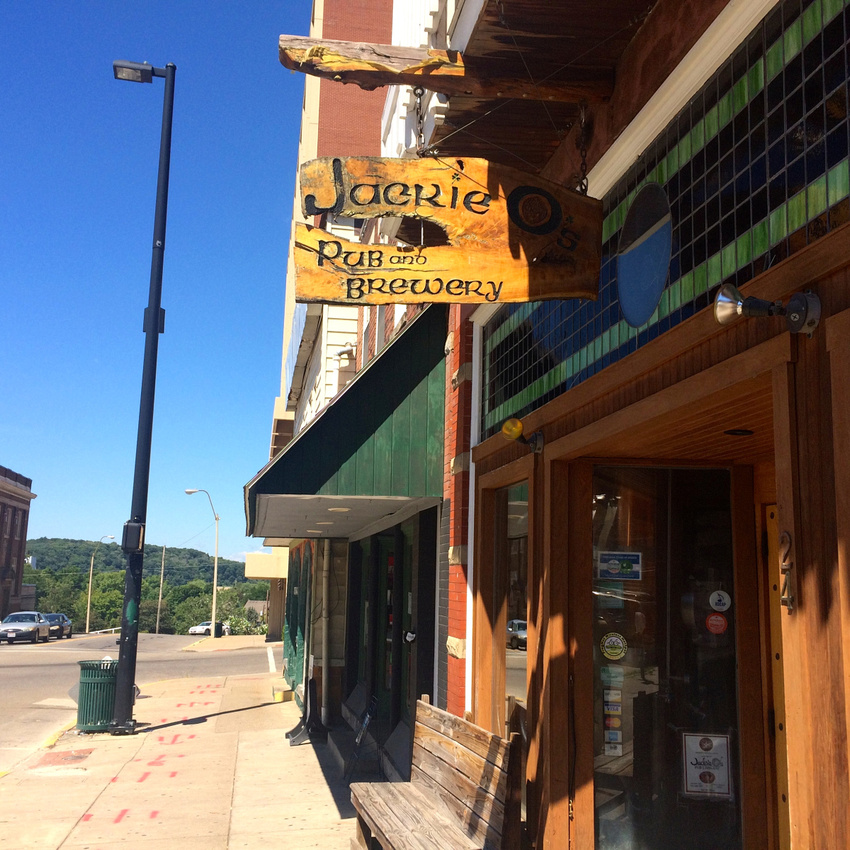 The next morning the main mystery of the day didn’t center so much on where we were headed (Athens, Ohio, though the gals did not know that), but which way we would head out once done, either forking to the left road or the right road.  The main stop in Athens was Jackie O’s, also a top 10 craft brewery.  The gals weren’t disappointed with the beer, giving it a #1 rating, but the atmosphere was more college town pub, a little disappointing after some breweries just visited the day before high on atmosphere.  Jackie O’s had a huge beer selection.  I personally loved Athens, which had a small, college town vibe.  The biggest thing to know is that not much is open on Sundays, but that might change when the 20,000 college kids hit the town once school starts.  We walked over to O’Betty’s as it’s well known as a foodie stop and hot dog museum.  (Also closed on Sunday in the summers.)  My sweet daughter realized we were only 45 minutes from West Virginia, and I lobbied for driving down and crossing over as my sweet daughter-in-law had never been there.  But saner heads won, and we took off heading to the right fork in the road. 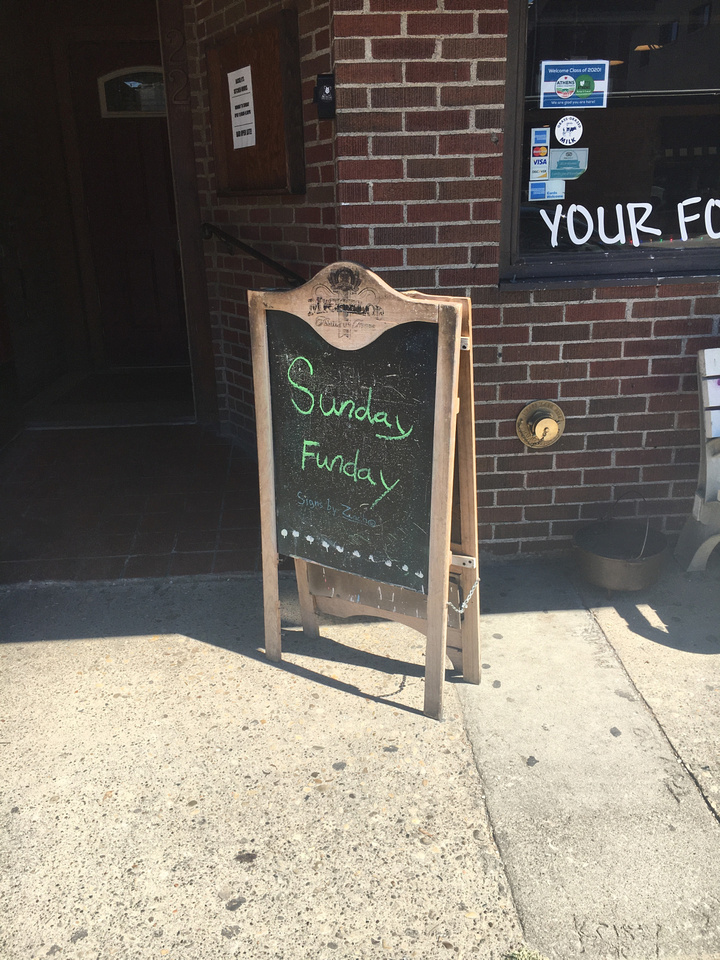 Which took us toward Lancaster, OH where the envelopes held the General Sherman’s birthplace, the Decorative Arts Center of OH (filled with Edith Head costuming, I had read) and the Rockmill Brewery.  It was decided to head for the Brewery, but much to our disappointment, we pulled up and saw a sign indicating it was closed, in spite of information to the contrary on the website.  At this point we were pretty west of Lancaster so a vote was taken to proceed to our next destination, which was Dayton, Ohio and where my son would be rendezvousing with my young man and I would trade him his wife for the kid.  (Not really, but you get the drift.) 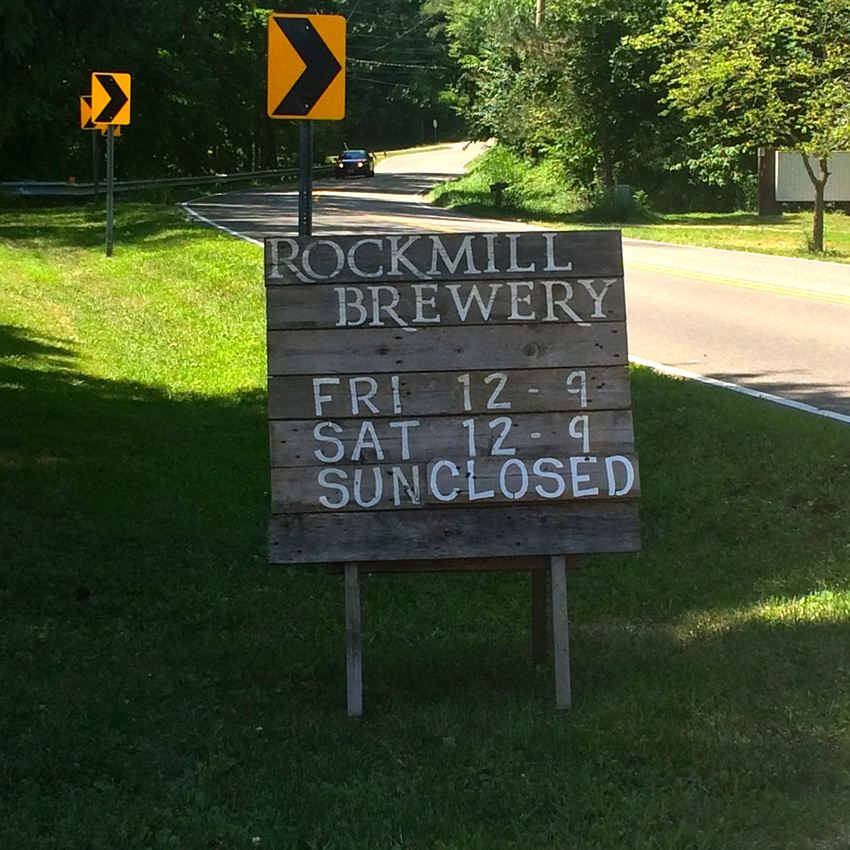 We arrived quite early in Dayton and ended up at a lovely coffee shop, Press Bar Coffee, on Wayne Street.  We enjoyed some cold brew and, much to our delight as we were driving to a park, came round the corner smack dab into the Oregon District, Dayton’s “only entertainment district and first historic neighborhood located near downtown Dayton, Ohio”, according to their Facebook description.  Dating back to 1829, this street was charming with lots of little shops, bars, breweries and a few restaurants.  I picked up a load of quilting books at the Goodwill located on this street.  We enjoyed this serendipitous stop! 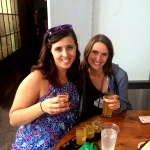 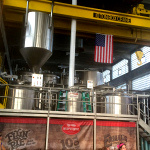 Next up, Warped Wing Brewing, a microbrewery in a historic, industrial building  just a few blocks from the Oregon District.  Warped Wing ended up winning the Magical Mystery Tour #1 slot with its combo of beer and atmosphere.  We sat for a couple of hours waiting on my sons, delayed by a slew of construction traffic on I-70, munching a yummy vegetarian pizza and playing cards.  There was a delightful mix of games to sit and play.  Our only disappointment was that the kitchen was closed one hour prior to the brewery closing and there were no announcements this was going to happen.  Ten minutes after the kitchen closed, my two sons arrived and we were getting ready to order dinner for all of us, but were informed at that point that the kitchen was shut down.  And, unfortunately, at this late hour (7:15 p.m. on a Sunday) so was most everything else in this area of town.  Thus our Magical Mystery Tour ended with myself and two of my kiddos headed north, and my son and his wife headed home.

The best thing about the weekend?  We’re going to do it again!  My sweet daughter-in-law took responsibility for next year’s tour.  We’ll go to her as they will be living in Denver, Colorado at this point.  She’ll include her momma, too, and I think we’ll see this Tour morph into a slew of memories, year after year, that won’t be forgotten.